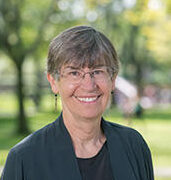 Elizabeth Perry. “The Chinese Communist Party at 100: A Transcultural Success?
Abstract: The durability of Communist rule in China presents an enigma.  The collapse of Communist regimes across central Europe more than twenty years ago is often attributed to their discredited political ideology and dysfunctional political institutions.  Yet the People’s Republic of China subscribes to the same guiding ideology (Marxism-Leninism) and operates under the same basic institutions (Communist Party, Propaganda Department, Politburo) as these other formerly Communist countries. How, then, do we explain the relative resilience of Chinese Communism?  The answer, Perry suggests, lies in the creative “cultural positioning” and “cultural repurposing” that have made a once alien political system imported from abroad come to feel familiarly “Chinese.”

Elizabeth J. Perry is Henry Rosovsky Professor of Government at Harvard University and Director of the Harvard-Yenching Institute. She holds a PhD from the University of Michigan and is a former President of the Association for Asian Studies and former Director of Harvard’s Fairbank Center for Chinese Studies. Her research focuses on the history of the Chinese revolution and its implications for contemporary Chinese politics. 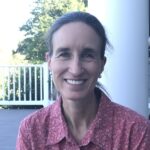 Helen McCabe is Associate Professor of Education at Daemen College. Her research focuses on education and support for children with autism and their families both in the U.S. and China. She has provided training and support to hundreds of families and teachers in China through a non-profit organization that she co-founded, the Five Project on International Autism and Disability Support.  McCabe earned a doctorate in special education and international education policy studies at Indiana University, a master’s degree in East Asian studies from Washington University in St. Louis, and a bachelor’s degree in East Asian studies from Middlebury College.