Kakure Kirishitan (Hidden Christians) in Japan:
Past and Present 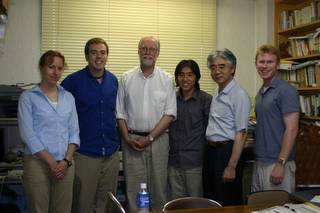 I was excited at the chance to study in Japan this past summer. Having done background reading and research, I had some idea of what kinds of things I could expect to encounter during our time in Japan. While my expectations were met and exceeded regarding what we had planned to study, there were many things I was able to learn about that I was not anticipating. Our time in Shimabara proved to be the greatest of these surprises. Being able to go through museums and through archeological digs was incredible. I was thrilled to be able to handle artifacts of all kinds and to photograph them as well. These unexpected privileges and chances helped me to put the rest of our study into context. Seeing bone, bullets, cannon balls, tiny crosses, and so on brought much of the history to life for me. The chances and experiences I had this summer helped me to realize how unique in the world the history of Christianity and the kakure kirisitan is. I hope to be able to continue to feed my interest in Japan as I search for a career.

Due to conversations and experiences encountered during the course of the Freeman research, I experienced a new outlook on religion and the synthesis of Western and Japanese culture. The trip provided me with encounters with various professors and persons that exposed me to views regarding Japanese Christianity that I had not previously been familiar with, resulting in a changed viewpoint.

During research conducted on the history of Christianity in Japan, and the development and current status of Kakure Kirishitan’s, I learned much about the way in which fieldwork must be conducted in order to be successful. Important factors to consider were careful schedule construction, creating contacts and constructing a network, preparation of logistics, and proficient ability in the hosts’ language. In terms of personal impressions made, the ability to meet with well-known scholars and to conduct interviews with some members of the sect our group was studying was inspirational in pursuing research for the future. Additionally, the need for questioning one’s experiences, and maintaining a reflexive attitude when examining the information became apparent. As a participant in this research I feel I am enabled to continue on with the investigating skills I developed when entering a future career in service work, whether that be abroad or domestically. 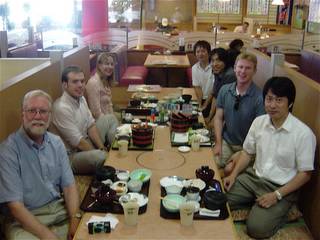