The Social Construction of Chineseness in Singapore 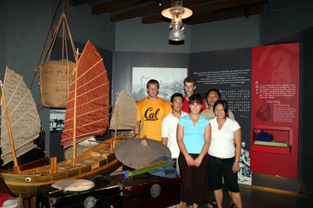 We were in the field from July 18th 2006 through August 10th 2006. To ensure the feasibility of our project given the timeframe, we decided to target younger Singaporeans to examine the social construction of Chineseness in Singapore. The sample was solicited using a snowball sampling approach. Each interview lasted from 30 minutes to one hour. The total (number) of interviews conducted was 44. 82 percent of interviewees were under 30 years old. The other interviews were with prominent scholarsâ€¦or with older Singaporeans. These interviews were conducted to be used as a checkpoint for comparison. We were lucky that Professor Wang Gungwu, the director of the East Asia Institute at the National University of Singapore and a prominent scholar on overseas Chinese, took time to be interviewed by â€¦two of the students. The team also collected and recorded about two hundred pages of field notes. We also copied information from libraries and museums. Upon returning, we processed the data so that each team member has a complete dataset. All the data has been transcribed, converted to an electronic form, and shared with all team members. Currently, each team member is focusing on writing their individual essays for the project. We anticipate that a draft copy of each paper will be available by the end of the year. We intend to present our findings at professional conferences in spring 2007.

Working with students on a group project outside of the United States was an interesting experience. I wanted to inculcate in them the importance of time management and how to work as a group. While there were moments of tension among different personalities and (because of different) working styles, the students were able to reconcile their differences and focus on the collective goal. For the white American students to experience being a racial minority and for the Chinese American students to experience being a racial majority were invaluable experiencesâ€¦The whole experience for them is not just being in a different country but to experience the fluidity of race as their social positions changed when they are out of the country. The information we collected in Singapore is most helpful in re-designing my course on overseas Chinese. Visits to the libraries and bookstores alert me to the wealth of scholarship on overseas Chinese that is not easily accessible and available to researchers in the United States. All this could not be accomplished with the Freeman Foundation’s financial support and the support of the ASIANetwork. 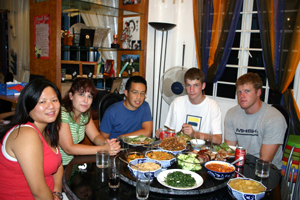 An important aspect of being Chinese in Singapore is the dating process. Singapore’s economic prosperity requires an industrious mindset from its citizens, and this economic mindset is reflected in dating attitudes. Both Chinese Singaporean men and women are becoming more educated and attaining more symbols of social prestige. As women are becoming more independent, they have relatively higher expectations for their partners, partly because they have more bargaining power. Men in turn work harder to meet these expectations. This social mentality is reflected in a popular term called “the 5 C’s:” Jokingly, it refers to the checklist that must be met before a Singaporean girl will date you: Cash, Cars, Condominium, Credit card, and entry in a Country club.

This research project gave me the opportunity to delve into the field of Sociology and learn the methodology and interviewing skills through practice, instead of learning them in the classroom and then applying them to a paper that was due at the end of the term. I learned to observe my surroundings and record every detail in my field notes. I will alsoâ€¦analyze data andâ€¦decipher the information we collected to answer my research question. The trip also opened my eyes to issues regarding cultural and racial diversity and how fluid ethnicity and race are from a global perspective. More importantly, I get to experience being a racial minority in Singapore.

How to conduct applied research is a valuable learning aspect of my Singapore experienceâ€¦I learned that it is not enough to study a (different) culture from a distance. I learned how to research Singaporean family relationships by observing their everyday lives. This research endeavor helped me understand what it means to be a good team member as well as a team leader. 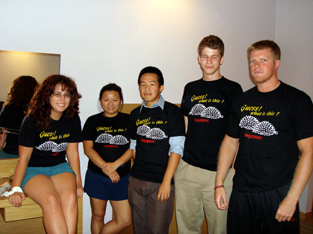 Conducting research in Singapore funded by the Freeman Foundation through ASIANetwork was an amazing experience. While interviewing Chinese-Singaporeans, I learned that there is a rising focus on the nuclear family and a de-emphasis on the extended family. Furthermore, many tenets of Confucianism regarding the family are on the decline and family values are falling into line with Western values. Chineseness today cannot be looked upon as static; it is ever-changing and must take into account the Chinese all over the world, not simply those from the People’s Republic of China. Today’s world is no longer constrained by distance; technology has broken down barriers and created a truly global world in which cultures interact and influence one another.

In Singapore, Chinese culture and traditions have evolved as younger generations adapt to the impact of modernization and Westernization. For example, it was the month of the hungry ghosts when we were there and the older generation participated in the festival more than the youth. This trip also helped me learn to work with a group. Due to the fact that we did not know each other well before this trip, we had to learn to build relationships with each other in an unfamiliar setting and within close quarters.