Conflict and Compromise in the Labrang Community:
Cultures of the Sino-Tibetan Borderlands 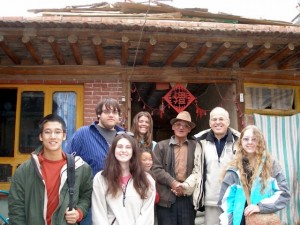 This project was and continues to be a collaborative study of a Sino-Tibetan borderlands culture where traditional cultures maintain their integrity and where there are also challenges of rapid socioeconomic and political change. The project took five John Carroll University students and their faculty mentor to the Sino-Tibetan highlands inside the People’s Republic of China. The study focused on the Labrang Tibetan Buddhist Monastery and its former properties’ located in modern-day southern Gansu Province. Ownership of these properties is not in the hands of the central Chinese government, but as a matter of policy the central government has allowed local traditions to partially re-emerge. As the group traveled through Labrang’s borderland communites, each member drew on his or her own interests and expertise to study key issues involving tradition and modernization in cultural context. These included traditional and modern political structures, the role of art and visible artifacts in people’s ideologies and daily lives; concepts of disease wellness and available therapies, local music traditions, and the educational systems. The group developed an interdisciplinary perspective on this rapidly changing part of China. 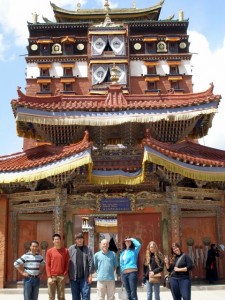 In brief, the project was a success. Each student completed his and her research project, and each learned a great deal about China, Tibet, the culture of the borderlands and the realities of intercultural and interethnic contact. The project was, however, not without its difficulties, which included some bad weather, some minor and typical medical ailments, some endurance of Spartan conditions, some self discovery and some degree of disillusionment with the realities of life in highland nomadic environments. This was not the mystical Tibet of the western imagination; it was the frontier world of the Tibetan nomads.

Melissa learned about the range of and the staggering difficulties facing public education. She saw and interviewed at many schools, in classes, and with teachers and students. Jeff learned about the realities of medical care and health awareness in western -style hospitals, in interviews with Tibetan lama “shamans,” in street “injection clinics,” and in interviews and discussions with a very broad range of people. Alecia, always so concerned with social justice and politics, experienced a range of political discourse in the region, and was shocked when the group was cautioned against open discussion of what appeared to her to be trivialities. Nick accomplished his objective of hearing and experiencing sounds and songs he never imagined possible. This college freshman, a young musician who expresses himself in song, had his soul moved by the depth and power of local music. Rose saw realities through Tibetan eyes, while climbing a high mountain pass at dawn for a yearly deity ritual, while wandering in ancient temples and nearly everywhere Tibetans frequent. She definitely heard, saw, or experienced the ethnic Tibetan visible “language.”

Finally, the students’ mentor learned a lot. My understanding of students’ priorities, how they learn, what moves them, their capacity, their maturity and immaturity were all daily factors of our lives together on this expedition. I will bring these and renewed discoveries with me to my school, with this group in the course of our follow-up of the expedition and to my classes. Even more, as faculty colleagues know well, return visits to research sites often bring new insights, new contacts and new data. This expedition was a case in point. I came again to understand the extent of the region and the depth of its culture. I renewed old acquaintances and made new contacts in places I had never visited and in those I had. I even acquired new data for my own research in the course of student interviews and in visits to local bookstores. 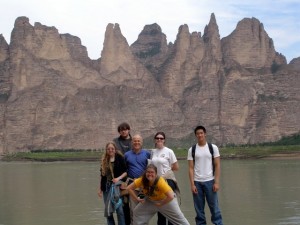 Paul Nietupski’s observations: This project examined educational systems in the greater Labrang community. With the induction of Chinese subsidized middle schools and public unsubsidized elementary and middle schools, the traditional worldviews and educational systems have been challenged and increasingly changed. Melissa discovered which educational values survive and which have vanished. Her project included translation/study of unpublished surveys and literature in Chinese related to the region, onsite observations and interviews.

Melissa’s observations: My experience in the Sino-Tibetan Borderlands, as the primary researcher on the educational system and the changes it has undergone, has value on the individual and group level. Understanding the current conditions in educational institutions and their curriculums, after a series of interviews and observation, I better comprehend the social and political policies impacting children’s lives and what education really means for their futures. “Where are Amdo Tibetan children headed?” can now be more accurately answered.

Having had the opportunity to travel abroad and live with the people most affected by a specific type of modernity has enhanced my understanding of Tibetan culture and life within China. I witnessed the controllable and uncontrollable forces placed on members of a society, on the individual student or teacher. Professionally, this has enhanced my educational experience, allowing me to utilize my previous sociological education and improve my understanding of conducting research and analyzing interview content. 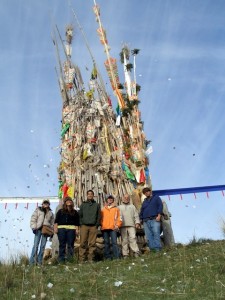 Paul Nietupski’s observations: Nick studied the broad range of folk music in the Sino-Tibetan Borderlands. He made himself aware of the several varieties of liturgical music at Labrang Buddhist Monastery as well as the folk traditions in the Labrang communities. He listened to, studied and recorded samples of the folk and traditional music. He discovered their distinctive vocal styles and structures and continues with his appreciation and analysis.

Nicholas’s observations: My research encompasses Amdo Tibetan traditional music, sung and played, and a style of music and performance known as Namthar that is exclusive to the Labrang Monastery region. The traditional music of Amdo Tibet belongs to the people and as such it is only passed on through the family by way of observational learning. There is no system of transmission other than this like, for example, musical notation. The only system close to this is the number system of musical notation used by the Chinese, but not many Tibetans learn it. Western musical notation cannot fully comprehend this music due to both its limited key signatures and strict time signatures. Few systems of musical notation can fully comprehend this beautiful music because it is more of a feeling than a technical genre; most notably the rhythms, which are based entirely on the performer and his background, such as where he/she lives and even his/her mood at the time of performance. This traditional music is much different than the emerging new “pop culture”, which sounds like a mix of Tibetan music and Polka bass lines and drum beats, undoubtedly helped by the Chinese tourist industries. Namthar, so far untouched by modernization, remains reserved for important religious events.

Paul Nietupski’s observations: Alecia’s project focused on the political and religious authorities in these regions. She discovered the complexities of an outside central government that has become intertwined with local, often religiously derived political structures. Her project took into account the highest levels of political authority and the most common local sense of authority. Labrang Monastery remains a contact point for both of these groups and their contrasting power structures.

Alecia’s observations: Prior to my month overseas in the country of China and the land of Tibet, my project was merely a shadow of what it is now. Before the trip, my research on the political structures and authority concerning the Labrang area was directed and entirely consisting of second hand knowledge from scholars. However, this research and knowledge has become substantiated and supplemented by my own, after many interviews, observations, and experiences.

Originally focusing my attention on the unity between politics and religion in the Labrang region, I now find that my project’s main thesis is centered on the contradictions between the political structures in the old and new society. For my purposes, old society is defined as the time period before 1959, and the new society begins from the 1980s. The contradictions within Tibetan authority systems encompass a wide range of topics, but what is crucial to the research is identifying how Amdo society operates under seemingly opposing governmental mandates. It is also essential to uncover the fact from fiction in regards to China’s policies and practices with this particular region, and how the Tibetan people respond, adhere, and/or reject these laws. My project focus is particular in the sense that there are very real changes that have been made to the way Tibet is governed, namely concerning tribal leaders (gowa), land usage, and tribal breakdowns.

Paul Nietupski’s observations: Rose studied both how Tibetan art in this region and how these traditions are engaging economic modernity. She uncovered strong spiritual and psychological elements that come into play through the community’s artistic expression, all in a rapidly changing commercial environment. She participated in important rituals, notably a once-yearly ritual on a high mountain pass, and came to understand and appreciate how the Sino-Tibetan culture is arguably one that chiefly expresses religious, spiritual, and ideological beliefs through the use of material objects, formal icons, symbolic devices and ritual equipment. She also observed, researched and interviewed participants in the region’s fundamental economic transformation.

Rosemary’s observations: During my trip to southern Gansu Province, China I studied economic development, and discovered a world of surprises. There is such vast and seemingly endless potential for the region to confidently enter economically into the modern 21st century, as they are without a doubt beginning to do. The conflict enters when one begins to consider the loss of culture and heritage due to that endeavor, and whether or not the current “progress” is truly the proper course. It appears that as of right now, the people are caught in an uncomfortable place between tradition and economic progress. What needs to happen is a continued, but perhaps moderate, development of economic growth tethered with an ongoing sense of distinctive identity and collective culture.

Paul Nietupski’s observations: On the surface Jeff’s project might appear straightforward, but health and medical sensibilities in this region retains remarkable amounts of cultural influence and at the same time a broad range of strong external forces. Tibetan medicine and modern biomedicine coexist in varying proportions depending on availability, local beliefs and preferences and education. Jeff’s project was to study the factors influencing an inhabitant’s choice of one medical system over another. He successfully studied forces including costs for treatment, historical identity of the patients, types of illness, proximity to health care facilities, and multiple combinations of all factors.

Jeffrey’s observations: My project was to study the factors influencing the choice of one medical system over another in the Sino-Tibetan borderlands. The most important influences on choice of treatment are cost, historical identity of the patient, type of illness, proximity to the centre, and combinations of these. I interviewed a wide spectrum of people on their choice of healthcare and reasons for choice of treatment. Additionally, I observed the methods of diagnosis and therapy available.