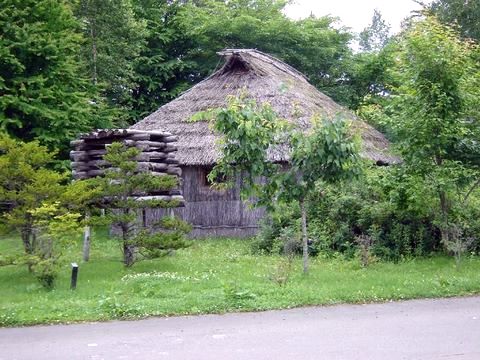 Our project on the Ainu cultural renaissance was a journey into new territory for my students and me. Our trip to Hokkaido and Tokyo opened up an exciting new area of research that draws on my interests in narrative and cultural identity. I felt fortunate to be able to pursue this new interest collaboratively with three of my best students. Although each student pursued their own research project, the common thread was our understanding of the contemporary Ainu movement as a struggle to build a counter-narrative to the discourse of monoracialism. Consequently, the most rewarding moments of the trip involved meeting people and listening to their stories. Many of these meetings came at unexpected times and places such as the Rera Chise restaurant, a gathering place for Ainu residents of Tokyo. We also discovered that there are wide disparities in knowledge about the Ainu among mainstream Japanese. We benefited greatly from the help of the International Office at Otaru University, our sister school in Hokkaido.

Professionally, the trip opened up an exciting new area of research that draws my interests in narrative literature and cultural identity together in new ways. I was able to build a network of contacts that will stand me in good stead as I carry out my research in the years ahead. The enthusiasm of my students was contagious as they embraced wholeheartedly the task of bringing the skills they had learned in the classroom to three weeks of field research. While each student pursued a different project the common thread of the project was seeing the Ainu revival as a struggle to build a counter-narrative to the discourse of monoracialism. This focus grew out of the year-long course “Narratives of the Self,” which all freshman are required to take at Oglethorpe. All of us were struck by the importance of storytelling in the formation of contemporary Ainu identity.We also learned that contemporary Ainu did not see their struggle simply in terms of nostalgia for a lost past. To be Ainu means narrating an identity that is historically informed yet responsible to contemporary realities.

Since this was a new area of research for me, I was faced with the task of developing contacts in a short span of time. I found the response of the Ainu community, as well as that of the faculty and administration at Otaru University, our partner institution in Hokkaido, to be warm and enthusiastic, making it easier to build a network of connections than I expected. I wish to express my sincere gratitude to the Freeman family for supporting this project. 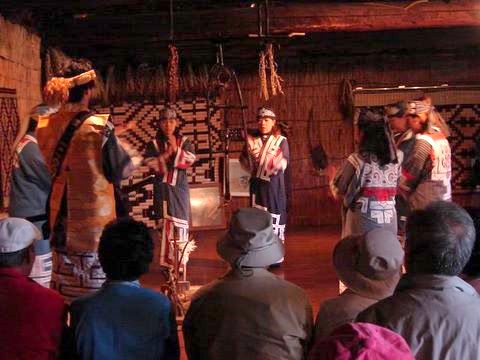 My original research proposal stated that I was interested in discovering the current state of Ainu culture as seen in Ainu youth. I wanted to know the extent to which the younger members of the Ainu community are currently embracing and promoting their heritage and cultural history. (I discovered) that it has indeed been difficult to pass on traditions to the Ainu youth. This trend may be due to the enticement of mainstream culture or due to outside discrimination and societal pressure; however, I feel that there are other reasons for why it is indeed a problem. (They focus upon the fact that) it is difficult for the younger generation to know who they are in the context of being Ainu. (In other words Ainu youth have difficulty conceptualizing Ainu identity.) (In the search for Ainu identity) I plan to make comparisons between Ainu tales, both old and modern, as well as to comment on how these stories convey Ainu ideals.

This summer research experience has greatly impacted my perspective of the research process, as well as my career goals. I am going to enter the field of Library and Information Science (LIS). (and) My Japan expedition reminded me that the research process should not be viewed as lifeless, a sentiment which also speaks to the ever-changing nature of libraries as institutions. Within LIS, I frequently feel the need to assert that the library is a dynamic body of people and technology, not a collection of antiquated books. (In Hokkaido), we were not simply dealing with worn-out books and old periodicals; instead, we were at the source of our studies-living, breathing people and vibrant places, all of which aids in truly capturing an idea and communicating it to others.

I am interested in examining the Ainu people’s relationship to the Japanese government and political systems (and to show) how this relationship has shaped policies on human rights and cultural awareness in Japan. The (Japanese) government has a strong desire to maintain national unity. The question now is how the government will preserve the rights of the Ainu. I plan to trace the measures taken by the United Nations to consider how effective their (Japan’s) efforts have been to further recognition for its indigenous culture. I plan to continue dialogue with the people I met in Japan to further determine what they are doing to promote Ainu identity in this age of globalization.

After having been immersed in Japan studying the Ainu and living in their environment, I realize what while classroom research and instruction can seem tedious, it serves a purpose in preparing students to take on the challenges of actual research. I have learned to appreciate teamwork a great deal; without the support of my faculty mentor and cohorts, I may not have been successful at crossing the typical communication boundaries that tend to develop when one engages in exploration abroad. Experiences lead us to re-consider what we already know so that we may build upon our knowledge rather than reinforce what we take for granted. Going to places such as Otaru and Nibutani helped me develop a tolerance for culture shock. It also urged me to improve upon both my speaking and my social skills. My sincere gratitude goes to the Freeman Foundation and ASIANetwork, without whom I may never have been granted this research opportunity as an undergraduate student.

Jessica Pond
The Ainu: We or They

In my original research proposal, I discussed my interest in the absence of traditional Ainu culture and history in Japan even though modern Japanese society is infused with many other cultural-historical teachings. I realize that identity is a key concept in my study, even to the extent that I must consider what criteria (are considered to) define an identity, be it ethnicity, geographic location, language, religion, or culture. Moreover, the identity that the Japanese initially attached to the Ainu versus the identity the Ainu held for themselves provides a point of contrast with the fact that over time these two identities merged into one prominent Japanese identity. Most Ainu descendents today regard themselves as just another Japanese citizen-both legally and socially-and Wajin treat them as such.

During my research trip to Japan this summer, I gathered a surprisingly extensive amount of information about the Ainu. The research process itself has proven to be a learning experience, pushing my skills to a new level and forcing me to synthesize information in a new way. I have learned that Ainu descendants are actually “rediscovering” their Ainu identity for the first time. The sources for my information are extremely varied, including political science books, Japanese junior high school text books, museum exhibits, videos, CDs, children’s books, pamphlets, personal collections of memoirs and artifacts, interviews with Ainu and Wajin (non-Ainu Japanese) people alike, and my own perceptions. I am proud that I have taken research skills learned in college classrooms and applied them in real world situations.