Religion Expression and Practice in Japan:
The Modern Henro at the 88 Sacred Places of Shikoku 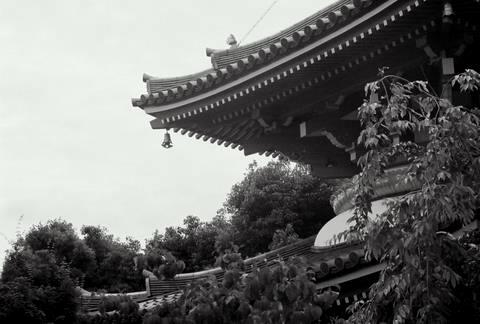 This research endeavor focused upon making a pilgrimage, much as the modern day Japanese henro do, of the 88 sacred sites/temples on the island of Shikoku dedicated to the memory of Kobo Daishi. The faculty mentor and her two student researchers discussed a range of strategies for undertaking such a pilgrimage. One suggestion, based on trips conducted by Bardwell Smith of Carleton College, and Brian Victoria of Antioch College (both of whom have taken students to Shikoku on the pilgrimage) was to identify a segment of the pilgrimage to walk for the majority of time, and then to supplement this with visits to other key temples on other parts of the island. However, both student participants made it clear that they wished to complete the circuit of all 88 temples, and to begin and end at the traditional point of Koya-san. Our trip was thus defined by this goal. 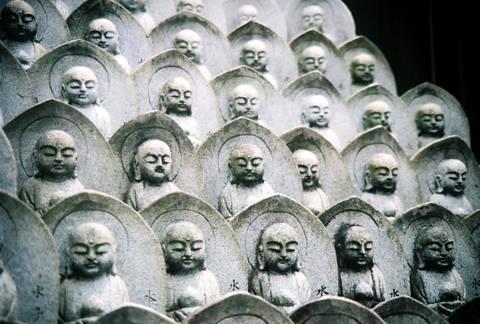 In our proposal, we stated that we wished to learn what the pilgrimage is like for the modern henro. In fact, we accomplished this. We traveled by every means used today on the circuit except by bicycle or motorcycle (our heavy packs precluded this option). We walked, rode in chartered and public taxis, private cars, on public buses and trains, on rope trams, cable cars, street cars, subways, and even on a chartered pilgrim bus. This provided us with rich information concerning the attitudes of others toward pilgrims and the experience of the pilgrims themselves. Moreover, Ms. James and Mr. Simon chose some days to be out of pilgrim garb, which gave them points of comparison. We also participated in pilgrim activities, lighting incense and candles, submitting coin offerings and osame-fuda name slips and praying at both the main temple and the Daishi temple at each location, and having our pilgrim books stamped at each temple office. Our experiences on this research trip were very rich and textured, documented in photo, video, and in extensive notes and journal entries that we kept. We anticipate mining these experiences in a variety of projects including academic (conferences, papers, and links to other research) and of more general interest (photo essays displayed publicly and presentations to local schools and interested groups).

I had two personal goals during this experience: to continue developing means of experiential learning in teaching East Asian religion, and to consider the role of orthopraxy in East Asian traditions in particular and in the area of moral formation in general. I discovered that there is no doubt that our experience as pilgrims was fundamentally different from that of being tourists. I also discovered that there is much to be considered as far as the effect of orthopraxy on moral development. Personal experience suggested that there is indeed a profound effect and personal transformation from doing, even in a foreign context, although our experiences differed according to the background of each, particularly in ritual action. 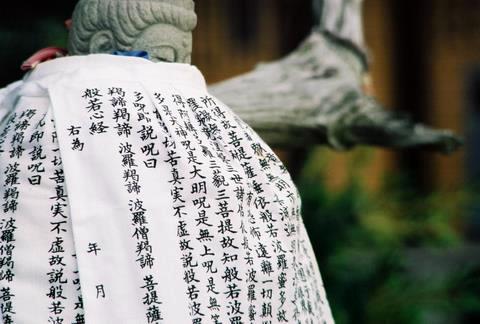 In my initial proposal, I expressed an interest in researching the commercialization of the pilgrimage as well as to create a photo documentary of our experience in Shikoku. When I was writing the proposal, my intention had been to invest an equal amount of time and energy into both parts of my research. While not directly related, they both explored an aspect of the pilgrimage that was of interest. It was not until I was in Shikoku that it became evident the photo documentary was my passion. I took pictures of everything on the pilgrimage. From sun up to sun down, I had my camera around my neck. Thus far, I have had one picture accepted to the juried exhibition at Art Works Gallery in Richmond, Virginia and I have created a display in the Writing Center at Wittenberg University. Currently, I am concentrating my efforts on distribution of a sample set of pictures to generate interest for a gallery show sometime in the near future.

The other aspect of my research was examining and analyzing the commercialization of this pilgrimage. Before doing the pilgrimage, I hypothesized that the pilgrimage was going to be tourist based. I anticipated interacting with many foreigners. Because of the foreigners, I thought that there would be a large selection of marketable goods to attract and accommodate the demand for tourist goods. Most of this gross misperception stemmed from my errored assumption about the demographic of the henro. Because I observed that Japan was a consumer based society in my previous year of residence, I assumed that this pilgrimage was going to be consumer based as well. The first 40 temples, however, refuted my prior notion of commercialization. I had preconceived associations that commercialization meant exploitation of that which was commercialized. I expected there to be marketable goods targeting different demographic groups. I was mistaken. There was no uniform committee overseeing the selling of products. Products sold were at the discretion on each temple. Most things were placed out, publicly accessible and were sold based on the honor system. (Later), I learned that the items that were being sold at the temples were not for financial gain but as a service to those who attend the temples to worship. All the goods sold were seen as necessity. (In short), the temples were not tourist attractions, they were not brand new and shiny, they were not tourist pits or money making machines.

Zachariah Simon
Who are the henro of the Kobo Daishi Pilgrimage?

The pure impact learning experiences can have on one’s life amazes me. For me, most of these experiences have been while I have been abroad, especially ones in Japan, and in particular my journey on the Shikoku Hachi-ju-hakkasho Meguri, or Pilgrimage of the Eighty-Eight Temple of Shikoku. This trip taught me about people, their personalities, and the interactions with others. But also, as a fellow pilgrim forewarned me, “regardless of religion, you will feel something.” I felt something.

My personal project sought to discover who the pilgrims of this pilgrimage really are. I wanted to know ages, hometowns, professions, religious values, and probably most of all: why are they doing this? (What I discovered was that) some were young. Some were old. Others had jobs or had retired. A couple of them were out of work, using this pilgrimage as a means for something new. Some were the deeply religious type I expected. Others had no religious beliefs at all. Overall, this was an extremely diverse group of people. (I also discovered that) many people cannot afford the opportunity we were awarded; they do not have the time, nor do they have the money (I was shocked at the sheer amount of money it took to do this pilgrimage). But by assisting pilgrims, offering ossetai, or a type of gift, non-pilgrims feel they are helping, and they are interacting and joining the ‘two” already on the journey. I say “two” because you are never alone on this trip. Kobo Daishi, the man behind this pilgrimage, who lived well over a thousand years ago, is believed to be at your side at all times.