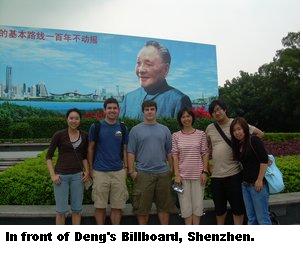 The Colby research team traveled to four Chinese cities in a four-week intense study on how public spaces have been reconfigured in urban China as China is rapidly modernizing and developing into a major global power. Each of the five students focused on a different aspect of China.s rapidly changing urban landscape: the new park scenes and their social and cultural meanings; the sharp contrast between the construction boom with glittering office towers, modern sports facilities, and luxury residential high-rises, and the box-like living quarters of construction workers and the disappearing traditional courtyard homes and alleyway neighborhoods; the transformation of city traffic and the transformation system from bicycles to private cars and mass high-speed transportation; the jostling between street vendors and newly emergent franchised fast food restaurants; and the impact of the emergence of new found wealth and purchasing power of Chinese consumers as evidenced in the mushrooming luxury department stores, shopping malls and outdoor antique markets.

In the process of this research, students have gained a more comprehensive understanding of China, of the conflicts, disparities, and trade-offs inherent in the rapid development of the country, and of the impact of globalization. In addition to completing individual projects, as a research team the group will produce an online photo exhibition of what they witnessed and a photo gallery show for display in Colby College.s Museum of Art. A joint paper titled .Between Tradition and Modernity: New Photo Images from China.s Changing Urban Landscape. is also being produced by some in the group for presentation at the upcoming spring 2008 ASIANetwork conference. 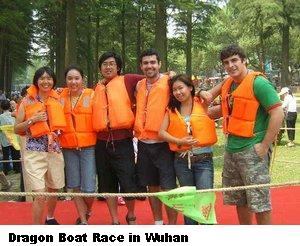 I traveled with the Colby research team to Beijing, Shanghai, Shenzhen, and Wuhan to document and research the transformation of China’s public, theme, and amusement parks which have undergone a drastic transformation. Some areas, which were previously used for Communist rallies, have now cut all ties to Communist history and others have become museums. However, the most striking feature of current Chinese parks is that they are being reclaimed by Chinese citizens for their own private use to meet friends, exercise, go on dates, and take wedding photos. Elderly and retired persons use the parks to exercise, dance, sing, play chess, or simply chat with old pals. Chinese note that parks now have a freer and more open feeling than in the past. Traditional parks are more frequented than the newly emergent amusement parks because they do not have entrance fees and are therefore accessible to less affluent Chinese and migrant workers. 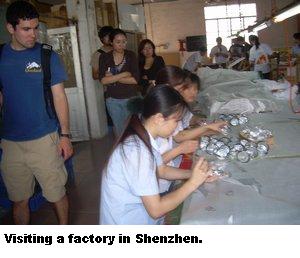 Thomas Huff
“Out with the Old and Up with the New: China.s Construction Boom and Its Effect on Traditional Residential Sites”

My research this past summer focused on the changing urban landscape in China, particularly the change in residential areas. I visited transitional areas in Beijing, Shanghai, Wuhan, and Shenzhen and compared old traditional housing with newly developed apartment complexes. I also visited urban planning museums. This trip was one of the most memorable experiences in my life. My research provided me the opportunity to experience first hand the rapid growth in China and the dramatic changes occurring there which originally sparked my interest in studying this country. The research also provided me with the opportunity to study Chinese culture and language outside of the classroom. As someone who plans to pursue a career in international business in China, this experience reaffirmed my interest in working and living there. 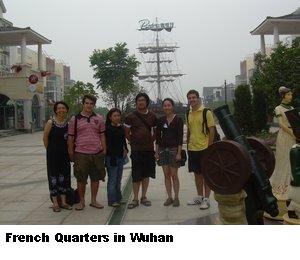 As China is transitioning into modernity, many areas and aspects of life are being affected, and transportation is one of them. Less than ten years ago, a picture of a Chinese street would have more bicycles than cars. However, in 2007, it seemed that there were more automobiles than bicycles on the streets of Beijing. Rickshaws are used by tourists, and because they are inexpensive by Chinese for nearby travel. In Shanghai, the maglev train and a sophisticated subway system illustrates rapid development. Public transportation in Wuhan is less developed. My research focuses on the changing Chinese transportation system and how people are reacting to these changes. Cars are no longer a luxury item, but are increasingly viewed as a necessity, especially among the younger generation. This creates its own set of new problems such as traffic congestion and pollution. 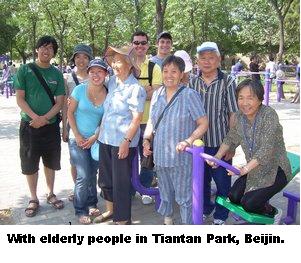 My research on fast food and newly emerging food consumption patterns in urban China sheds much light on the always changing nature of China and the Chinese people. The intent of my research is to discover how people.s food choices, specifically those linked to fast food outlets, reflect their reaction to and interaction with Western culture and global forces. My research has revealed that the range of attitudes towards the West are diverse and varied, which allows for the acceptance of a broad range of fast food experiences from those focused on traditional Chinese foods, to tea houses, to McDonald.s, Starbucks, and KFC. Previous scholarship on fast food in China concluded that Chinese consumers sought out Western fast food restaurants as “modern” “Western” public spaces. In addition, they were appreciated social spaces where people could meet, do business, and relax in air-conditioned rooms with comfortable seating. As Western fast food establishments have become more common place and less trendy, a new chain of food court style eateries has emerged called Megabite. These establishments are giant food courts that enable clients to purchase everything from Indian pancakes to dim sum. I still remain unsure of what larger truths can be drawn from this research, but it is markedly clear that fast food consumption in China is no longer simply an experience in Western modernity and that a broad range of choices in cuisine is increasingly becoming sought after by Chinese.

Jessie Tang
“Consumerism, Liberty, and the Pursuit of Luxury Goods in Urban China”

This May our research group traveled to Beijing, Shanghai, Shenzhen, and Wuhan to study China.s transition to a capitalist market driven economy and a consumer-oriented society. As an aspiring journalist, I recorded the whirlwind of sights, sounds, and tastes of each of these cities. It was striking to compare the extravagant excesses of Shanghai with the factories and business-oriented atmosphere of Shenzhen. Each place had its own distinctive feel and atmosphere, but once one views the malls, luxury department stores, outdoor markets, and construction sites for future malls, one cannot but realize that China is a driving force and a competitive player in today.s global market. An appetite for foreign goods remains high, as they are linked to an aura of status and sophistication. One also notices that certain foreign brands not considered to be luxury brands in home markets may be considered such in China. I conducted interviews with consumers, vendors, and sales associates to find out what factors influenced purchasing decisions. I discovered that the mentality of the Chinese consumer differs between the older and younger generations. Parents also emphasize the traditional need to save for the future, while young professionals want instant gratification from the monies they earn.