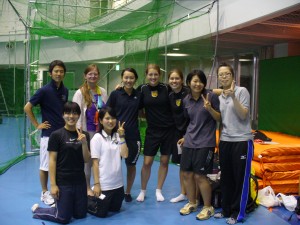 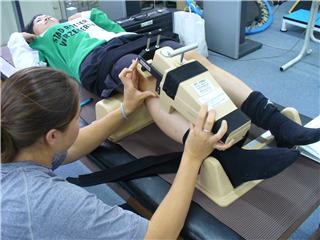 The two undergraduate researchers in this project share a number of interests. They both have studied the Japanese language, are both biology majors, and both are involved in Colorado College.s Division 1 women.s soccer team. The process of preparing this research project was challenging. The chief obstacle was identifying a significant number of Japanese soccer teams willing to allow the researchers to conduct ligament lassitude testing on their athletes during the summer of 2007 to compare with the research done earlier in 2007 on American female soccer athletes. Ultimately, Colorado College.s close ties with Waseda University enabled the researchers to witness similar studies being done by graduate students in Japan, and a visiting trainer at Colorado College helped researchers establish the necessary connections to complete their work in Japan by testing athletes on four university teams and one club team. 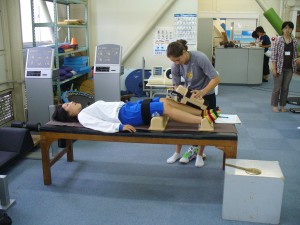 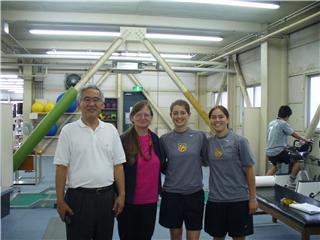 Our research examined regional differences between U.S. and Japanese female soccer athletes. The project was very successful and our work in Japan went smoothly. Over 120 Japanese soccer players took part in the study. All the participants, and the coaches and trainers were excited about our study and showed us amazing hospitality. Our results showed that a difference exists between the two populations of female soccer athletes we tested. Japanese players exhibited greater knee laxity and hyperextension than their U.S. counterparts. The Japanese players reported having to spend more time out of competition following an injury than U.S. players. The Japanese players also reported having more than double the number of stress related injuries than U.S. players. More injuries were also sustained in practice in Japan than in the U.S. 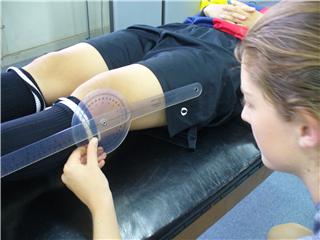