Working for one month with this exemplary group of students in the People’s Republic of China rendered deep and positive transformations in my conception of undergraduate education. The detailed parameters of the grant and the unceasing energy of the students led to a transcendent and beautifully exhausting experience; edification immediately became the norm. Our trip was adorned by numerous Chinese scholars, earnest university students, and generous working class people, all of whom propelled us forward toward our research goals amid Beijing.s urban clangor and the rural expanses of Northeast China. Reflection upon China.s fundamentally serious and skeptical outlook on Japan, enabled by this generous award, now spurs us forward to share our research findings in the United States. 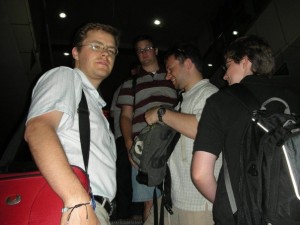 Working in Chinese libraries and archives throughout Northeast China, I have found that the South Manchurian Railway Company had a significant impact on the distribution of Japanese propaganda and the physical development of Manchuria itself. Many of the propaganda sources were published by the South Manchurian Railway Company. There also seemed to be an overt attempt by the newly formed Manchoukuo government to legitimize their government to the Western powers because many of these books were published in the English language. Most of these publications highlighted the economic prosperity of the region under the new regime. By focusing further on the development of the Manchurian economy under Japanese rule, I hope to gain greater insight into the workings of capital in the expansion of the Japanese empire.

Traveling to countless cities throughout China’s Northeast turned out to be a difficult task; one that was not without unpredictable events. Some of my favorite memories are those tied to Harbin, where we conversed with older citizens who told us about pre-WWII Harbin. Also, learning about the procedural workings of Chinese archives and libraries will make future research projects in China more plausible. 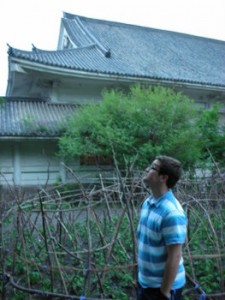 I plan to use the information collected at the Beijing Municipal Archives, Chinese Foreign Ministry Archives, National Library, and various provincial libraries to complete a paper entitled “Plague and Propaganda: The Significance of the Bacteriological Warfare Allegations in the Korean War.” This paper is slated for presentation at the Midwestern Conference on Asian Affairs in October 2007, and has been submitted for publication in Wittenberg’s East Asian Studies Journal. In addition, while in China, I visited a number of museums in the Northeast and Beijing. Since my paper focuses on the use of historical fact (Japanese bacteriological weapons crimes were committed by the Japanese in the Second World War) by the Chinese Communist Party to propagate belief in another issue (the Korean War bacteriological warfare allegations), I am interested in considering how certain historical incidents are officially commemorated in China. I plan to develop a website devoted to the analysis of Chinese museums, specifically those commemorating the War of Resistance, Japanese War Crimes, and the War to Resist America and Aid Korea. The site will include an essay entitled “Uses and Abuses of History in Modern Chinese History,” based on my experiences and secondary research that will be conducted in the United States. A second page on the same website will be devoted to providing young researchers with information about researching at various provincial and national libraries and archives in China, based on my own experience. 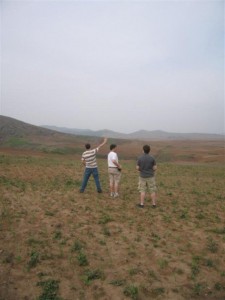 This research endeavor has enabled me to collect a vast array of English and Chinese language primary and secondary source materials. Chinese sources include copies of the Da Gong Bao, a daily newspaper that reports on the unfolding events of the Tianjin Incident. In addition, I uncovered a significant journal article which provides a narrative account of what happened during the Tianjin Incident. The journal article draws both on Chinese and Japanese sources. My co-researchers discovered other interesting documents. Dan Falk discovered several images of Emperor Pu Yi suggesting his close collaboration with the Japanese under the puppet state of Manchukuo. In addition, after examining several unique sources, I became increasingly aware of the significance of foreign religious communities during WWII. I continue to revise my paper on the Tianjin Incident and look for a proper journal for its publication. 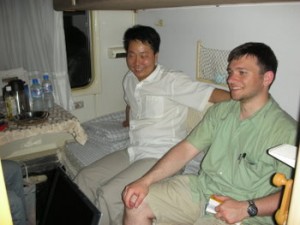 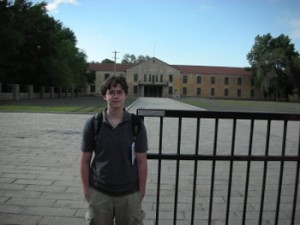