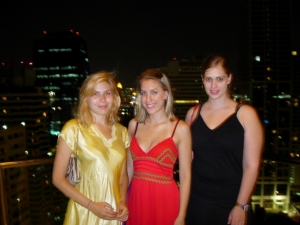 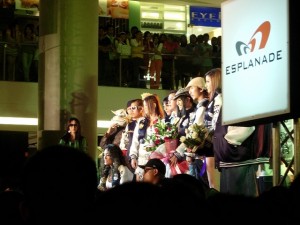 Erika Brenner
“The Challenge of Slums in Bangkok”

Despite its ranking as Southeast Asia’s second strongest economy, Thailand is torn by a dichotomy of rich and poor. The wealth currently entering the country through manufacturing and a booming tourist sector is concentrated in the hands of the upper and burgeoning middle class. However, many people in the rural and urban slums live in conditions that few in the Western world can fathom, such as tiny shacks made of tin without basic amenities like as running water or electricity. They also lack basic education or healthcare. There are many charities and non-profit organizations working in these communities. The huge influx of people to urban centers led to growing slum communities. Today, Bangkok’s largest slum community is home to more than 80,000 people. Living standards in these shanty communities is abysmal, and filled with disease and disaster. I examined the day-to-day lives of people living in the Klong Toey slum, focusing on one foundation working with children in the slum.

My experience conducting research in Thailand was surprising to me. I went with preconceptions about working in the .third world., about researching, and especially about photojournalism. These led me to believe that I would return home a changed person. I imagined myself prowling the slums of Bangkok like CNN’s roving journalist, Christian Amanpour, discovering the darkest sides of humanity. Instead I discovered much more about people’s ability to overcome hurdles. I volunteered at the Center for Slum Children. I also learned a great deal about the impact of globalization on the Thai economy. I returned home as a more experienced and confident photographer, but also more dedicated to pursuing a career in human rights. 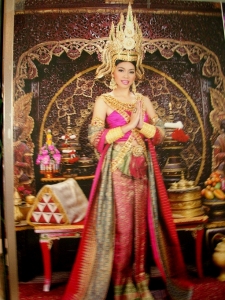 American and Western trends are becoming growingly popular in Thailand because they are considered as being exotic. With the influx of tourism comes globalization, which has certainly taken its toll on the world of pop culture. In Thailand, modern day models and musicians represent this exotic and sometimes unattainable beauty, yet most young women maintain their traditional values though their styles of dress have been modernized. Brand names such as Louis Vuitton, Chanel, Gucci, Puma and Nike give modern Thai women, who can afford to purchase them, the sense of holding high status. Knockoffs are often bought to fool others.

My interest in Thailand and its people has been greatly enhanced by conducting my research on the changing images of Thai women. I interviewed everyone from older traditional Thai women, to popular Thai hip hop musicians that set the tone for modern Thailand, to a Thai-American model who promotes Thailand’s new face. I examined what is considered beautiful in Thailand, and how women respond to the images that define beauty in the media. 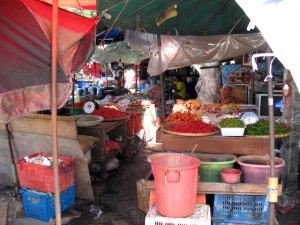 My research was focused on understanding the costs and benefits of the tourist industry in Thailand through an examination of the structure of this industry. I tried to assess the impact of this expanding industry on social and gender mobility. I examined tourist-related businesses in Bangkok, and created profiles of the people who work in this industry, in terms of their educational level, wages, working conditions, and future aspirations. The field research was done mainly in Bangkok where I had direct access to major tourist centers and where both local workers and business owners can be interviewed. Nonetheless, I believe that more research should be done in other popular tourist destinations such as the islands to the south and Chiang Mai in the north. My research showed that the tourist industry can increase social and gender mobility for educated people and for those who privately run small to medium sized businesses. Social and gender mobility is less visible in lower level jobs in hotels and restaurants. In lower level jobs most managerial jobs go to men, leaving women with little opportunity to climb the promotion ladder.

The time I lived in Bangkok taught me how to be more independent and open minded. It is now easier for me to approach people and engage them in conversation. I am more experienced in making observations and reaching conclusions. 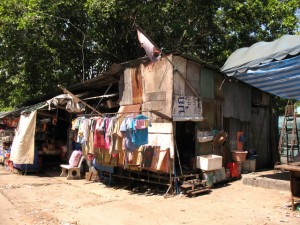