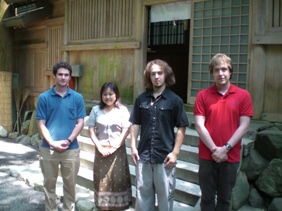 Our research team (three students and a faculty mentor) traveled throughout Japan for a month to collect data on omamori by conducting interviews and surveys, interacting culturally with local people, and exploring written materials. While interviewing Shinto and Buddhist priests and employing these other discovery techniques, Japanese attitudes toward religion and omamori, in particular, became at once clearer and more confusing. We begin to consider whether or not people.s attitudes toward omamori differ from one region to another. They did not seem to differ too much, but dependent upon the sect of Buddhism that dominated a given region, attitudes did differ somewhat. We are investigating the origin and history of omamori and also considering the views of priests and commoners about the commericialization of omamori. Finally, we hope to answer the question, “what is the role of omamori in contemporary Japanese life.” 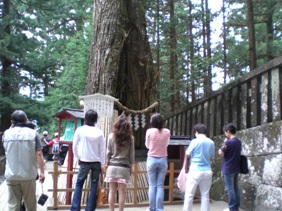 Daniel Bradley: “The Origin of Omamori: Capturing an Elusive History”

I expected to face challenges collecting information on the origins of omamori while undertaking field research in Japan. Although the priests interviewed had information on this topic, it was often limited in detail and no hard sources could be cited. Surprisingly, our interview with the manager of one of the largest omamori commercial manufacturers, Izutsu, yielded the most complete and detailed information. Overall, the research in Japan confirmed my hope that an oral history about omamori exists, and it seems likely that this history has yet to be written, but due to this research endeavor, a narrative about omamori is beginning to materialize.

Being able to travel to Japan for this project reaffirmed my belief in the importance and value of study abroad. This study of omamori introduced me to what is considered to be a taboo area where religion and commercialization intersect. I feel incredibly fortunate to have taken part in the Freeman Fellows Program which recognizes the value of sending students and experienced faculty abroad. 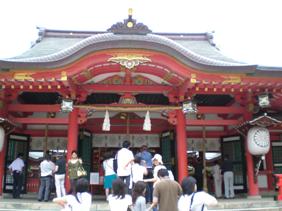 Research on omamori turned out to be a difficult task because many religious figures are hesitant to discuss this topic, and everyday people are reluctant to talk about their personal beliefs. Even more difficult is the study of the commercial aspects of omamori. In our research, we were fortunate to come into contact with a manufacturing company that was willing to discuss the manufacturing process for omamori and the pricing policies used in marketing them. We also were able to visit several shrines and temples that were willing to divulge information to us. We discovered that cartoon characters appear on omamori promising good luck, and shops in Hiroshima were selling omamori to assist those who gamble. Surprisingly, priests don’t seem much bothered by this; they even sell omamori with the lovable “Hello Kitty” on them.

The month spent in Japan doing this research was crucial to my learning experience about Japan. Living with a family in Osaka, and being exposed to their routine gave me a clear sense of daily life in Japan. In addition, my Japanese language skills, of necessity, improved, as did my understanding of Japanese religion and Japanese culture. 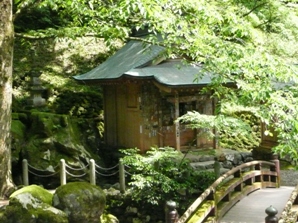 Because our research trip revolved around an object that has very little and no authoritative history, our group was forced to interact in a very personal way with the Japanese public. Nonetheless, I feel that we attained a set of data and responses through interviews that represents a solid cross-section of Japan views on this subject.

On a personal level, my thoughts on Japanese religion have changed a considerable amount. Comparing what I learned last year when working in a Shinto shrine, I have found the Japanese religious experience is less complex and solemn than I originally thought. Conducting man-on-man street interviews from Sapporo all the way south to Fukuoka provided us with solid and balanced coverage. At the same time, I feel that I have a better understanding of myself. This Freeman-funded trip was the first time I have conducted anthropological work and on-site research. 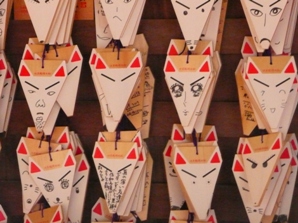