Striving for Cultural Authenticity Amid a Confluence of Civilizations:
Tibetan Communities of Aba (Sichuan Province) and Diqing (Yunnan Province)

In trying to understand the cultural identity of a people between two cultures, we learned to ask questions inviting life stories, not personal summation or political statements. We navigated between the late-night lively salons of the intellectuals and the daily life routines of ordinary people. We found that contemporary Tibetan culture is heterogeneous, complex and full of contradictions. In Zhongdian, for example, one good friend we made in our travels started a free school teaching English and Tibetan to the children in his village. Ultimately, it failed because parents saw only the economic benefit of learning Mandarin, and withdrew their children one by one to end any distraction from the main goal of making enough money to support the family. On the other hand, real efforts have been made in villages across Deqin County to teach Tibetan literacy. The Kawagebo Culture Society, a non-governmental organization founded by a librarian and his friends, has successfully mobilized village elders, monks, and environmental activists to put Tibetan language teachers in village night schools. Armed with cameras and camcorders, they also documented traditional songs and dances that were fast disappearing. We had thought that religion, specifically Tibetan Buddhism with its native Bon influence, was essential in forming a Tibetan cultural identity until we encountered a village in Deqin where two religions, namely Christianity and Tibetan Buddhism, are practiced. Ironically, most of the church goers are Tibetans and most of those who faithfully turn the prayer wheels are Naxis, another of China’s ethnic minorities. 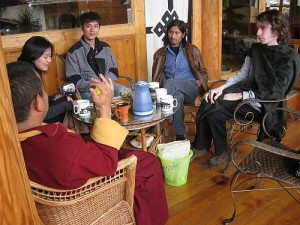 Caught in the process of rapid development and modernization, Tibet is changing. For the purpose of comparison, we picked two villages in Deqin County, Mingyong and Jiabi, in order to study the impact of tourism on village economy and traditional way of life. The interviews we conducted confirmed some of our hypotheses and rejected others. In Jiuzhaigou, a popular tourist destination in Sichuan, the Tibetans are well compensated by the tourism industry in exchange for the use of their land. This development model protects the forest and raises the standard of living for local Tibetans. However, Jiuzhaogou is not an exception to the most common problem in the tourism industry’s commodification of culture. When an economy is heavily dependent on tourism, it is vulnerable to political changes.

Faced with many contradictions, we asked ourselves: Is the term Tibetan cultural identity definable? While the Tibetan ways of life are changing, and particularly in Deqing Tibetan Prefecture where the Tibetans are more Sinicized than those in Aba and Ganzi in Sichuan Province, a fact duly noted by a Tibetan doctor we met, it is heartening to know that Tibetan intellectuals in the area show an acute sense of mission and are working hard to make sure that Tibetan culture continues to be passed on. 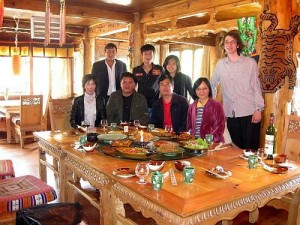 The Freeman Foundation provided me with research opportunities absolutely unattainable as either an armchair investigator or a simple cultural tourist, most importantly the valuable time to be immersed in the salons of the Tibetan intellectual elite. This immersion has demonstrated to me a living breathing and evolving cultural vanguard. Contrary to the expectation of a pervading nostalgia for some unattainable and culturally superior past, I observed a fiery commitment to a literary/artistic future for Tibetan writers, singers, and dancers. This realization is a convincing argument to put myself in the service of this cultural vanguard and give them a voice out of China through translating their work into English. With the many crucial connections I made through interviewing, observing, and debating with the top writers of Eastern Tibet, I will have a much easier time gaining permission to publish my translations, already in progress in the form of a senior project, to make them available beyond my own academic community.

Beyond professional development, the ASIANetwork Freeman Foundation grant allowed me to understand a culture as different from my own as I have ever encountered. “Tourism” as I understand the word is a simple going through the motions of cultural exploration, a checking off of the “important” places. Yet travelling abroad with one and only one goal of learning absolutely everything one can at every opportunity completely shifts the emphasis of the traveler, from seeing places to meeting people. Indeed, culture as I am realizing more and more lies not along provincial and national boundaries, but inside each person. Thus, I could say that my world view is broadened, but more accurately, it is deepened. 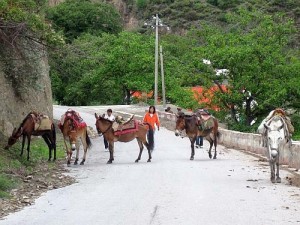 This research trip pushed me out from my comfort zone of college academia into the world of real hands-on research. Whenever I wrote research papers for class, I relied heavily on using preexisting academic texts and data. But for this trip, I had to collect my own data and conduct my own interviews. I learned how to think quickly to ask good questions befitting the situation and the person we met. I feel confident about conducting future interviews, both formal and informal. I think some of these tourist villages could be used as a model for sustainable development. However, the problem of commodification of culture commonly found in areas affected by tourism also exists in the Tibetan areas we studied. When an economy is heavily dependent on tourism, it is vulnerable. As I interacted with the Tibetan exile community for over five years prior to this trip, it was difficult to remain objective about the Tibetan political issue. However, talking with the locals and travelling through Tibetan villages and tourist sites gave me an entirely new perspective on this issue. 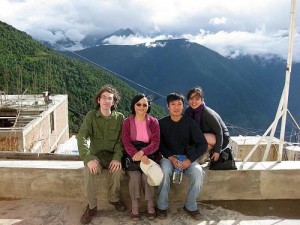 I was surprised to find how unrestricted and open our experience was in terms of our ability to freely interact and document our observations with Tibetan people. I began to realize that often it is best to discover and experience situations for yourself, rather than presume that information from a secondary source is true. The first-hand experience not only gave me a more accurate depiction of current affairs in the regions we studied but also led me to look at the world with a more critical eye. Furthermore, this trip increased my confidence and overall understanding about methods of interviewing and networking. With the goal of pursuing acting and hosting and reporting on television, the experience of interacting with total strangers has really taught me skills in how to talk with people in a way that is comfortable to them and not intrusive, but that also is informative to me and beneficial to my research. 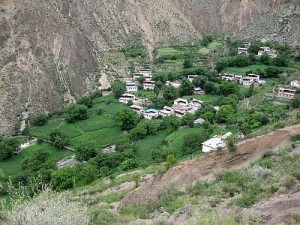 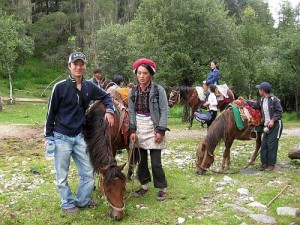 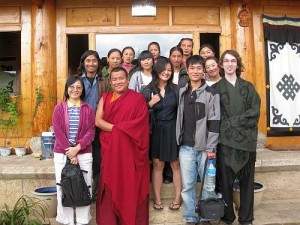 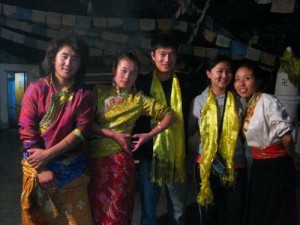