100 Faces of Japanese Women: How Japanese Women and Bigaku (The Japanese Sense of Beauty) are Portrayed in Japanese Pop Culture (manga and anime) and Traditional Japanese Theater (Kabuki and Noh) 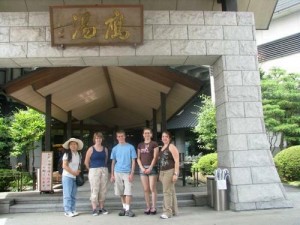 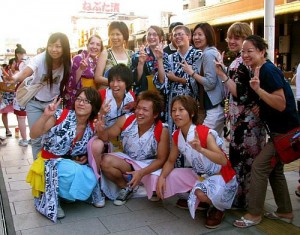 Our research project was challenging and exciting and will lead to the production of a documentary film that explores the aesthetic traditions of how theater and popular culture portray women. This will be done by examining Japanese comic strips and animation films in particular. Thanks to our preliminary work before leaving for Japan, we were thrilled to have seven interviews with major Japanese animation production companies, directors of animation and animation museums, Ms. Tanemura Arina (a famous cartoonist), as well as an interview by e-mail with a Kabuki Onnagata actor. This will help us to determine if there are any differences in how male and female directors portray females. The documentary film will include material on the spirit of Japanese festivals, and transcribe the Japanese interviews into English. We are also preparing a photo exhibit titled “100 Faces of Japanese Women” that will include 15-20 photos from several hundred photos that were taken. 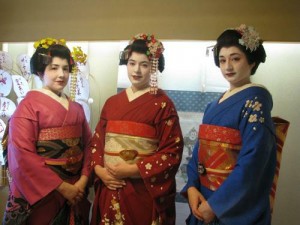 I gained several cultural insights during this summer research experience. For instance, the business etiquette used during our interviews with directors and producers of anime and manga helped me to better understand Japanese business transactions. Watching traditional kabuki theatre increased my interest in and resolve to continue pursue knowledge of both traditional and contemporary Japanese theatre and drama. This project has also increased my desire to learn Japanese. Viewing women through the eyes of another culture has made me realize the modesty of Japanese women, manifest in the etiquette of welcoming guests in a traditional ryokan. A woman.s role in society stems from ancient cultural traditions and is very different from that of American women. 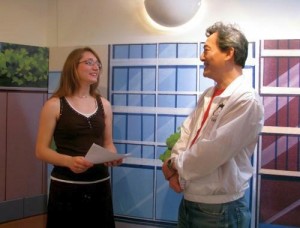 Through the challenges and opportunities presented by this project, I have learned a lot about teamwork, friendship, perseverance, and a culture that is entirely unique. This experience has allowed me to grow into a stronger, more cultured person. During the interviewing process, I was in charge of filming. I also took several hundred photos, some of which will be included in our photo exhibit. The interviewing, the observance of manga production, and our participation in the Nebuta festival in Aomori were truly memorable experiences. 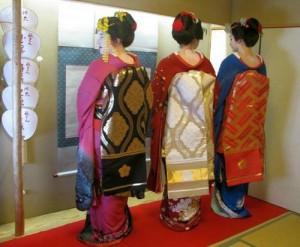 Participation in this research project has had a strong impact on my life, and made me more aware of how the world may see women in a different light that we do in America. I learned a great deal about how anime and manga are made, not only the physical creation process, but also the thought processes that go into creating good stories and believable characters. I hope to get involved in the manga industry after graduation. I am also considering the possibility of attending graduate school to prepare myself to become a Japanese language professor to help raise awareness of Japanese culture. 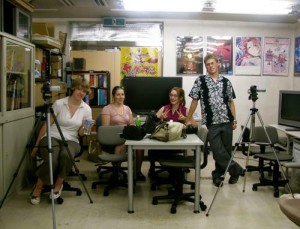 This project has been an amazing experience for me, and will be helpful to me in my educational and professional development. It has given me a wider appreciation for the opinions, views, and customs of others. It has also helped prepare me for an intended study-abroad term in Japan next year. To me, it has made the world at once much larger and much smaller. It is smaller, in the sense that I now realize how close other cultures are to ours; larger because I now realize how interesting those other cultures can be. My contribution to the group project is to do the editing of the video tapes.