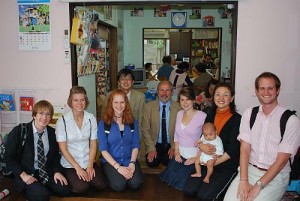 The attention to health care in the United States underlies a global concern of how the health care for aging populations can best be provided. East Asia is a region where the size of the population over age 65 is expected to increase by more than 300 percent by the year 2050, and no Asian country is expected to age faster than Japan. Indeed, Japan currently has the highest percentage of its population over age 65 of any country in the world. Thus, any lessons that can be learned from the current Japanese experience of providing elderly care can hopefully inform current and future health care debates and policy decisions in the United States. 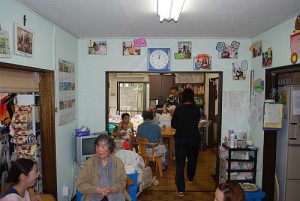 While much of the research we conducted is best described as exploratory, and concern over the H1N1 outbreak reduced slightly the number of non-profit organizations (NPOs) we studied (we visited and surveyed 13 out of the 15 originally selected NPOs), we collected enough data to begin gleaning insights into many issues that will confront elderly health care in the United States in the near future. In addition to the obvious concerns over the rapidly rising rate of costs for health care in an aging population, our research also focused on how local Japanese communities and neighborhoods organized and became involved in the provision of health care needs for their elderly population. Indeed, one of the observations that most impressed us was the ability of several small groups of local citizens to mobilize and succeed in getting municipal, provincial, and national level government officials to recognize their needs and provide assistance to non-profit organizations (NPOs) devoted to elderly care. We were impressed with how the 2000 Long-Term Care Insurance Act impacted the provision of elderly care. We were also impressed by the role NPOs play in offering Japanese women an avenue for employment and social mobility. Most of the NPO organizations we visited and studied were in the Tokyo-Yokohama metropolitan area, but some were located as far north as Sapporo and as far south as Himeji. Almost all were located in large urban areas.

Our research responsibilities were collaborative. During the 2008 fall semester, each group participant was responsible for identifying three recently published articles on elderly health care in Japan and giving a brief summary of its contents, and information drawn from this process was incorporated in our grant proposal. During the spring semester, each group member was given the assignment of developing six questions for each of the two questionnaires that would be used to survey the directors and volunteers of the non-profit organizations we would visit in Japan. We each then took responsibility for preparing and evaluating certain sections of each survey. All team members were well versed in survey research and some in Japanese as well. Once a consensus was reached on the contents for each questionnaire, they were translated into Japanese with the help of a professional translator. During the spring semester we met weekly to cover interviewing techniques, learn survival Japanese (for the non-Japanese language majors), and make travel preparations.

Once in Japan, we spent three days in Sapporo to visit two very different NPOs and interview their directors and some volunteers. We then returned to Tokyo where for two weeks we visited a different NPO each day to interview their directors and volunteers. All participants had the responsibility for asking the questions they had developed for the surveys, and shared the challenges of handling the logistics of getting around Japan. Part of the last week was spent traveling through the Kansai area to interview individuals in NPOs in Osaka, Kobe, and Himeji.

This fall will be spent analyzing the quantitative and qualitative data and preparing two presentations. Amanda Bruff, David Dethmers, and Lindsay TerHaar will be responsible for the quantitative data analysis from the survey, and Kari Bechtel and Alexander Krieg will be responsible for the qualitative data from the interviews. Presentation of our preliminary finding will be made at Hope College’s Social Science Research Colloquium by all members of the research team. In the spring of 2010 the group will give a poster presentation at Hope College’s Annual Research Celebration Day and another at the ASIANetwork spring conference in Atlanta, Georgia. 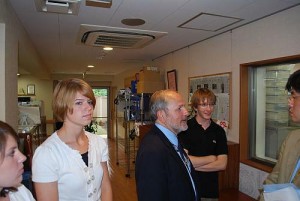 Before this trip to Japan, I thought senior care could exist only in white-walled hospital-like buildings that I was loathe to send my own parents to if it ever came to this. Of course, these types of facilities exist in Japan, but much more attractive were the small non-profit organizations that operated on a warmer family-sized scale. In these settings, the elderly are cared for in the way they deserve, and those who care for them are in settings where there is a higher care giver to client ratio than would otherwise be possible. I found myself most useful in this research project by acting as a linguistic/cultural liaison because of my study of Japanese. I had underestimated the usefulness of this talent as I had no intention of going into business and Japanese is, after all, a business language. However, after this experience, I have come to value my knowledge of Japanese much more. I expected that this research project would teach me more about care for elderly Japanese, but discovered that it also led me to have much greater hope and confidence for the future of all elderly people. 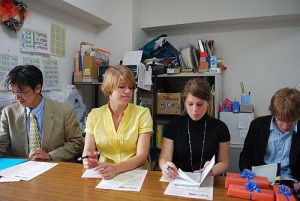 The ASIANetwork managed, Freeman Foundation funded grant provided me with an incredible opportunity to research elderly care organizations in Japan; a project that is not only intriguing, but inherently practical. As a double major in Sociology and Social Work, I was intrigued both by the research aspect of this project, but also the impact our research might have on the way elderly care is approached in the United States. I was impressed by the fact that Japanese organizations that provide elderly care encourage the residents to make meals with other residents, do their own laundry, and interact with children which gives these individuals a sense of purpose. This project also provided me with my first opportunity to conduct sociological interviews. I enjoyed the process of asking probing questions and working directly with people, rather than simply coding survey response papers. The interviewing process also helped provide greater insight into the Japanese culture of business, formalities, and hospitality. The grant also enabled me to discover Japan, and I found myself in complete admiration of the hospitality, kindness, and cultural traditions that were everywhere apparent in the country. 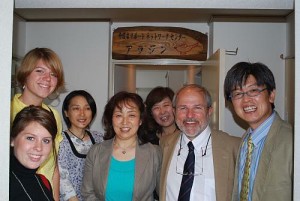 I have studied Japanese for three years now, and I think that it is finally starting to become useful to me as revealed during this research project in Japan. I plan to become a hospital administrator and to get a masters degree in Social Work and also one in Healthcare Administration so this research project was a perfect match for me. We dealt with several challenges while in Japan. We encountered a great deal of concern over the H1N1 virus scare, which lowered our response rate to only those willing to allow us interviews. Nonetheless, we were in Japan for three weeks, and excluding weekends there were fifteen days available to interview, and we completed fifteen interview sessions all over the country. Our research is progressing. Surveys continue to come in and are being translated and data from them will soon be ready to be entered into our computer. While in Japan, I discovered that when working in another cultural environment one discovers that quite different responses can be developed for similar problems, and that comparing differing responses to given problems can be very beneficial. 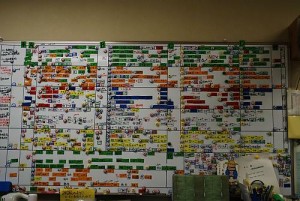 Before this summer’s experience, I had little to no research experience, and I suspect I was invited to participate in this project more for my language and technical skills than my one semester’s worth of knowledge about sociology. This experience deepened my understanding of sociology and the methods used by sociologists to conduct research as we studied the structure of Japan’s elderly care system. I also broadened my Japanese language abilities. It also was of great benefit to me because, in the future, I wish to work in Japan as a counselor. 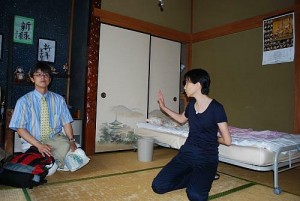 Because I am considering a career in international development, any experience in another country is invaluable, and three weeks spent in Japan, allowed me to gain a sense of what living and working in another country would be like. The project also gave me the chance to enhance my understanding of many of the things I have learned while in college and talents that I need to further develop including the process of grant writing, conducting field research, to analyzing data once it is collected. I found the stories of the emergence of various NPOs quite inspirational. Most of the women and men serving as directors began their services with no outside funding and limited resources.