Researching the Impact of Globalization on Rural China 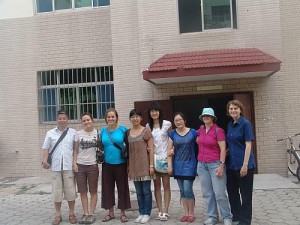 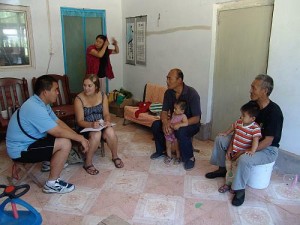 Working with the support of Liaocheng University in Shandong Province, our research team visited urban schools in Liancheng City and rural schools in Linging and Yanggu Counties in Shangdong Province to interview school teachers, students and school administrators in urban and rural environments, along with local government officials and farmers to consider the effects of globalization on rural China. More importantly, after working in the rural areas for about one month, we took a break to travel to Chinaâ€™s Northwest Frontier, Xinjiang. We arrived there on July 3rd, and on July 5th, an unprecedented riot broke out in Urumqi, the capital of the Xinjiang Uyghur Autonomous Region, where we were staying. Our hotel was very close to the riot, which claimed several hundred casualties, but we never felt threatened in any way. We were able to witness how suddenly the seemingly calm and peaceful area turned into a scene of slaughter as angry Uyghurs, armed with knives and axes turned against their Han neighbors without much prior warning, and the Han, in turn, attacked the Uyghurs. Only a huge show of force by the Chinese government managed to restore order. We came to realize that beneath the appearance of prosperity and economic growth, serious contradictions are mounting, waiting to erupt without warning. 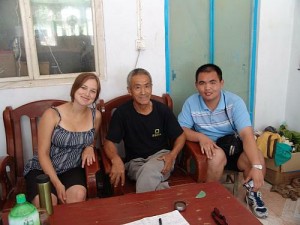 Our research focused upon disparities between rural and urban education in China. We conducted field research by visiting campuses in Shandong Province, observing classrooms, and interviewing students, teachers, school administrators, and community members. We also studied school curriculums and educational opportunities. We found that students in rural schools are at a distinct disadvantage due largely to having fewer qualified teachers and the lack of resources. Nonetheless, rural students unquestionably have access to better education and opportunities than previous generations of students and generally have a chance to get into lower-ranking universities. 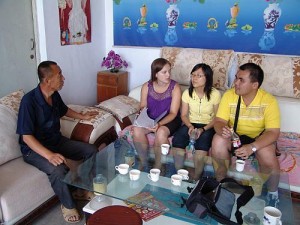 I researched the current state of education for rural women in Shandong Province. One quickly discovers that there is a clear and definite decline in quality of education the farther one is removed from urban areas so that rural women must overcome a huge challenge to prepare to compete to gain access to higher education when the quality of the university one can enter is determined by test scores. One also discovers that the cultural influence of Chinaâ€™s past that led to discrimination against women has largely disappeared, and that although all Chinese are now guaranteed nine years of compulsory education, school fees and costs limit the ability of some to complete their studies. 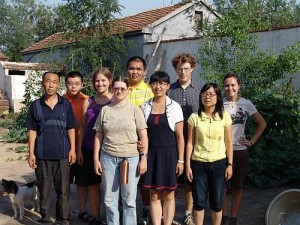 My research focused upon agriculture and can be broken down into two main questions: 1) how are farms structured and run in rural China today? And 2) what are the perspectives of farmers on a) the current state of Chinese agriculture, and b) the changes that have taken place on Chinese farms over the past thirty years. I gathered my research data by conducting interviews in Shandong Province. I interviewed Chinese students who come from farming families, professors and students who study agriculture in China, market vendors who act as intermediaries between the farmers and public consumers, government officials, and the farmers themselves. Simply put, I discovered that rural farmers feel that the quality of their lives has improved remarkably over the past thirty years and opportunities have grown. However, the costs cannot be ignored. Rates of pollution have skyrocketed, health issues are on the rise, and corruption is rampant. Also, the gap between the rich urban Chinese and the rural poor is growing.