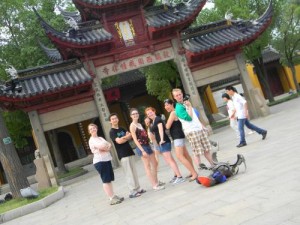 This research group spent a month in the Nanjing area of China working on a shared topic . the role of consumption in constructing young urban Chinese adult identities. Team members interviewed young adults at field sites gauged as important to everyday life and in arranged interviews and each focused on one aspect of consumer culture. Over two thousand images related to our topic were collected, and material culture artifacts were purchased to include in a planned exhibit on the topic arranged to be shown in Des Moines, Iowa. The research will lead to a six month long project being undertaken by the research team and the larger Des Moines community to create a “baling hou-Generation 80” exhibit with a $12,000 budget provided by Drake University and outside funding. This will be the primary outcome of the grant. The exhibit will include three coordinated lectures on China, one by students and two by the major China scholars, R. Bin Wong and Amy Hanser. 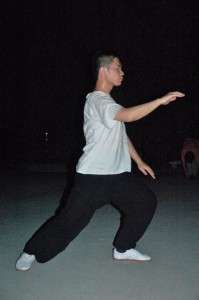 My study focuses on the pressures that “Post 80’s” young Chinese confront and the mechanisms utilized to relieve this. I am not too certain what precisely the pressures are that are being felt by young persons, but they feel that their generation clearly faces far different challenges than those of their parents and grandparents. I found that young women often suggest that their best outlet is simply to socialize with friends and exercise, often combining the two. They call this “social exercise.” Researching how young adults deal with stress provides me with unique insight on how other people approach health issues.

My study focused in how “Post 80’s” young people chat on services such as QQ and the challenges faced in doing so because of the character-based Chinese language. I found that avid chatters have found creative ways to circumvent the obstacles created by characters. For instance, they simply omit some when it is possible to still make oneself clear without using them, or they utilize characters in a different context. A classic example of this is the utilization of a character which is pronounced “jiong3”. When written in simplified form, it looks like a person’s scrunched-up face and thus can be used to describe a number of unpleasant emotions from annoyance to embarrassment even though the character in actuality refers to “a patterned window” or “brightness.” 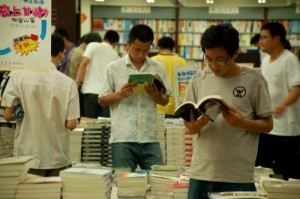 My research focused upon book selection and consumption by young Chinese. I discovered that students are under tremendous financial pressures and are very price-sensitive when it comes to buying books. They seldom read or purchase books that they view as irrelevant to their expertise, and generally prefer to purchase books online rather than through a bookstore. Online bookstores offer excellent search engines, competitive price and fast delivery systems. Students also rely increasingly on the internet, which is interactive, entertaining, and relevant to individual preferences. Often online communities focused around their university exist where students (sometimes faculty) demonstrate a very strong sense of connectedness even several years after graduation. International books, especially those written in English, are increasingly popular among young adults. 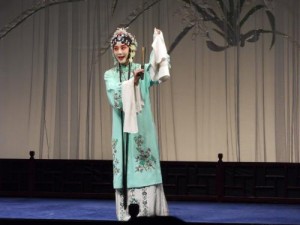 Gilles Delueze argues that the construction of a specific art form functions in a plane of consistency or intensity in which concepts emerge. This plane is dynamic and affected by many forces building up through time and space. Globalization allows these planes of intensity and consistency to be transmitted in different spaces and different times. My study focused on the views of the “Generation 80” young people towards three different forms of music in the Nanjing area: classical music, kunqu opera, and punk music. I discovered that currently in China, classical music with its Western notation is linked to modern science and Cartesian theory and with China’s desire to modernize is widely learned and encouraged. Gunqu opera with its traditional notation is considered to be a cultural heritage and is encouraged by the current government. Punk Rock, which is aurally transmitted, is highly discouraged by both parents and the government. 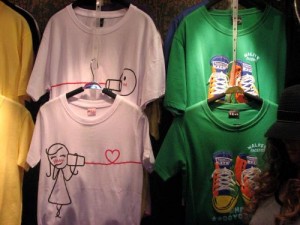 The focus of my study is on the fascination that young lovers in China have with purchasing matched clothing (t-shirts) that are either completely identical, or that have different images on shirts that complement each other, while keeping the color scheme the same so that it is immediately obvious to the viewer that these shirts are part of a set. Such clothing broadcasts to others that the couple purchasing them are committed to each other. It is purchased with the understanding that it will be regularly worn as evidence of the devotion each wearer has to the other person. An average set costs at least 120 yuan, which is a moderate price to pay for a t-shirt, and other sets can be quite a bit more expensive, 160-200 yuan (100 yuan = about 15 U.S. dollars). It is apparent that individuals are purchasing security and commitment when buying such clothing.