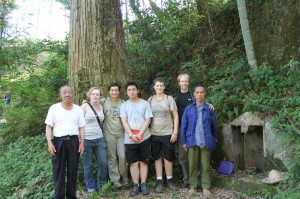 Our field work on fengshuilin (fengshui forests) included socio–ecological research on 29 forests (in roughly the same number of communities) in Hong Kong, southern Guangdong, northern Guangdong (Chebaling National Nature Reserve), southwest Fujian (Meihuashan National Nature Reserve), and southwest Jiangxi (Jinggangshan National Nature Reserve). We focused on forest ecology, forest management, environmental history, local religious belief and practice (particularly regarding earthgod shrines – tudigong, gongwang, and baigong), and on the connections between fengshui principles and fengshuilin management. We learned a lot about why the forests are located where they are and about local conceptions of their effects on the flow of qi. In Hong Kong, “fengshui woods” are already of significant interest to ecologists and conservationists because they comprise the only stands of old and advanced secondary growth forest. In Mainland China, we discovered the following: 1) fengshuilin are quite common in Hakka villages in hilly and mountainous areas throughout the region. We have yet to ascertain the full range of their geographical extent in southern China, but we hypothesize that they may also be found in non–Hakka areas, especially in rugged topography in up to fourteen provinces; 2) fengshuilin seldom exceed a few hectares in size, but they have a disproportionate level of biological diversity and an unusually high number of old and rare trees in comparison with other remnant patches of secondary forest; 3) fengshuilin are found in sites associated with significant qi flow and protect communites and their sacred sites from the damaging effects of wind (feng) and water (shui), thus they are preserved, and even planted, where wind and water are likely to have significant impacts; 4) the future of the fengshuilin is uncertain because young people respect the tradition but their belief in fengshui and the sacred landscape may be more a matter of compliance with tradition than a deeply held orientation to the world (or commitment to cosmology). Whether fengshui practice is part of a collective habitus, and under what conditions, is a critical question. The role of small communities in protecting these forests is critical, but it behooves the state, NGOs, and researchers to become active in collecting data on the remaining fengshuilin and to develop strategies for collaborative conservation. We are in the process of: 1) collating socio–cultural and ecological data collected in each village and each forest; 2) cataloging video data to create a short documentary; 3) preparing presentations for the Association of American Geographers Annual Meeting; 4) preparing a presentation for the annual ASIANetwork meeting and for Bard College at Simon’s Rock; and 5) writing an article on our research for The Geographical Review, The Journal of Cultural Geography, or another peer–reviewed journal. 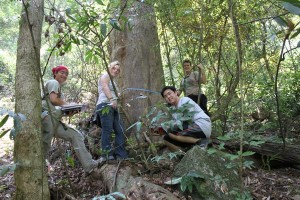 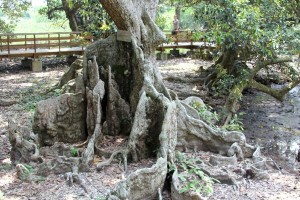 My research focused on the significance of local earth gods and ancestor worship for the presence and maintenance of fengshui forests in southern China. The religious practices and belief systems that we observed in three provinces exemplified the syncretism of different traditions that was so complete as to make it near impossible to draw distinctions. In many places, alongside recognizable Buddhist figures, such as Guanyin Pusa (Avalokitesvara in Sanskrit) were also figures of importance in regional and local religious traditions. Among these figures is tianhou niangniang, who according to several sources in none other than mazu, a sea goddess important to many in southeast China. Also present oftentimes, were the god of grain and other important figures including some exclusive to specific villages. In addition to recognizable gods and other religious figures, were things referred to as gongwang, tudigong, and baigong. These three names refer to closely related spirits or deities that are important in local context and have significance in relation to fengshui forests. There were notable fengshui features such as small streams alongside them and they were often right on the periphery or entirely within the forests. Local informants consistently described strong relationships between the shrines (and resident spirits) and the fengshuilin, but the details and causal relationships varied significantly. Since fengshui forests are a significant tradition in rural southeast China, we need a holistic picture of religious and folk traditions beyond those relating only specifically to the forests. Shrines and the spirits/deities they represent are viewed as protecting the villages and their livelihoods in similar ways as the forests. The two topics represent an intertwining of phenomena which makes up the worldview of the people, thus any study of one without the other would be incomplete. 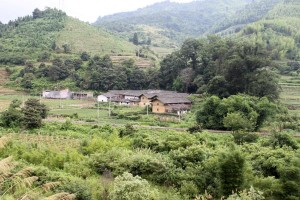 My research focuses on how villagers of different ages articulate the significance of fengshuilin in the village landscape. Do young villagers who are being raised in modern China with a science–based education and a government that stigmatizes premodern folk practices hold beliefs about fengshuilin that differ from those of their parents and grandparents? Are young people likely to dismiss the practice of fengshui and fengshuilin altogether or do they fit fengshui into the principles of science and attach concrete benefits to village fengshilin? Ultimately, my research was directed toward gaining a clearer view of what the future of fengshuilin may look like, specifically whether they are likely to continue to earn a place of special protection within the village structure as residents age. People of all extant generations had similar responses: fengshuilin block the wind and protect the water. While some people could explain this concept in depth, most could or did not. The concept of blocking the wind and protecting the water was presented as both a fairly abstract fengshui concept and as a very concrete benefit. For many, fengshui was mentally categorized as a principle of science, indispensable in making sense of the world. Though some older villagers claimed that young people still believe in the principles of fengshui , other sources claimed that they were beginning to dismiss them as a superstitious tradition of the past. In all cases, the possibility of intentional damage to fengshuilin (including individual trees) elicited purely negative responses. The protection of fengshuilin has been deeply incorporated into village tradition and everyday life, thus the social taboo accompanying the destruction of fengsuilin is generally strong enough to prevent even those who disbelieve in the efficacy of fengshilin from harvesting trees for financial gain. 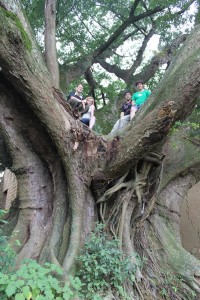 For hundreds of years Chinese villagers have ascribed essential importance to certain forests around their villages due to their unique role in local belief systems in bringing prosperity to a village by modulating the energy flow within a landscape. These forests, called fengshui forests, were the focus of our research as they can serve as an important refuge for rare species not often found in surrounding secondary forests. We conducted research in 29 different forests in 3 provinces and the Hong Kong Special Administrative Region where we measured certain ecological and physical variables. With the help of local experts we identified the species of the trees that we measured, took notes on certain ecological factors, and mapped the location of the forests and important cultural elements within the forests. It is our hope that our research will help bring these incredible forests and the way that Chinese villagers relate to their landscape to the attention of conservationists around the world. 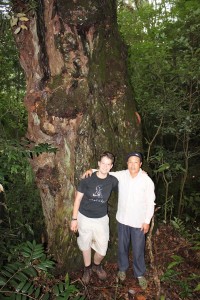 My research examines the preservation of fengshui and fengshuilin tradition and compares the differences across generations and across the urban–rural divide, as well as the different conceptions in Mainland China and Hong Kong, the latter being an area not affected as much by the Cultural Revolution. In Hong Kong, fengshuilin preservation efforts are spearheaded by the government in efforts to try to protect the environment and cultural traditions from urbanization, while rural people are often willing to sacrifice some forest land in order to continue expanding their villages. There also appears to be some conflict between older and younger generations; the former supporting forest preservation and the latter being less attentive to fengshuilin traditions. This contrasts with the situation in Mainland China, where there is a lack of government recognition of the cultural significance of fengshuilin. In many cases, local people are the only line of defense against this strong drive toward modernization and urbanization. Young villagers, who could play a major role in protecting the forests, are beginning to leave their communities (at least seasonally) in pursuit of the urban life that the government is promoting, leaving the forests still less protected. Members of the older generation asserted that fengshui and fengshuilin traditions were deeply embedded in local practice and belief and that coming generations would maintain them. Some members of the younger generation noted that many of the cultural traditions and beliefs were just that, beliefs, and that they didn’t have much of a choice in whether or not they adopted them – such ritual practices were thus associated with duties that needed to be fulfilled. In an environment of rapid modernization in which knowledge is grounded in scientific explanation, some members of the younger generation question how and why the beliefs came about. Each generation (and each individual) treats and perpetuates the belief system differently; some fully believe that local earth gods are beneficial and require consistent worship, while others do not, or worship within a routine collectively defined by the village. The latter may not fully understand these practices and beliefs as a coherent system, either because they are too young or because it is not a matter of great importance to them.