History in Service of the Nation:
Historical Remembrance of Japanese Imperialism in South Korea 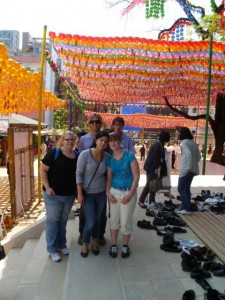 History is the discourse that governments and societies create to legitimize their status and inspire their people to action. This is especially true in South Korea where politics and nationalism significantly influence how the history of Japanese colonization of Korea (1905-1945) is written, disseminated, and remembered. Since the emergence of two regimes on the Korean Peninsula the communistic North and democratic South have used history to legitimize their individual claims to represent all ethnic Koreans.

This student-faculty mentoring project examined the multifarious ways that remembrance of Japanese imperialism is manipulated and transmitted within the South Korean sphere. The five students from Coastal Carolina University examined how this message is received, transmitted and interpreted by the South Korean populace. Over a three-week period in May 2011, students conducted their research by visiting numerous public and private museums, cemeteries, monuments, and palaces; interviewing dozens of Korean nationals; and analyzing guide books and academic works. 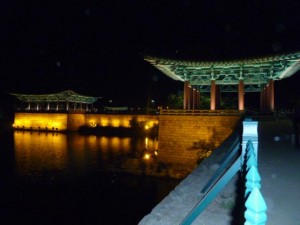 My research on Korean comfort women examines the general consensus among young, educated Korean citizens that Japan is very much at fault for the suffering of the comfort women. While the voices of Korea’s comfort women were clearly heard twenty years ago, their cause is gradually being integrated into the larger anti-Japanese sentiment of the South Korean government without the knowledge or consent of those who have dedicated themselves specifically to addressing the concerns of comfort women. In essence, the movement is being hijacked by other causes. Research for this topic was done through visits to national and local museums, a visit to a comfort women resource center, attendance at a protest at the Japanese embassy in Seoul, and interviews with Korean university students. My research has confirmed my interest in archives and museum studies, specifically in special collections based on East Asian history, language and culture. This research gave me a second wind, a sense of academic purpose. 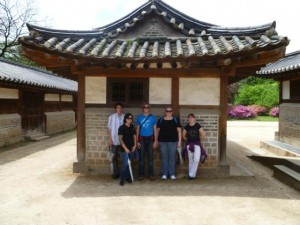 My paper examines the anti-communist bias and attending political environment in the presentation of public history in the Republic of Korea’s museums and government institutions. It contrasts the historical realities (found in academic works) with actual displays. I argue that political interference occurs in the writing and display of public history in South Korea. Much of what I saw, or, often did not see, in the museums I visited was shocking. Many of the exhibits exuded propagandistic motives, especially the introductory video at the United Nations Memorial Cemetery of Korea and the Korean War Rooms in the War Memorial of Korea. Each strove to place blame for both the war and division that followed on the communists, while simultaneously demonizing Kim Il-Sung. This intense research program greatly reshaped my opinion of what it means to spend time “in country” as I considered Korea and their history through a more critical lens. 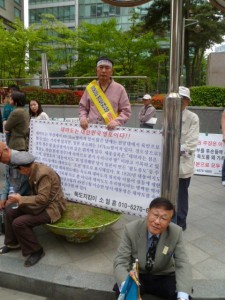 My research explores the roles of Christianity and Buddhism during the colonial period of Korean history (1910-1945) in the struggle for Korean independence, and how the Korean population responded in the postwar era to the nationalistic activities of each religion. More to the point, I examine why Christianity spread so rapidly in the postwar years to become what many consider to be the religion of the Korean people. I consider three main topics: the religious climate in Korea, the role of each religion during the struggle for independence, and the status of each religion after the Korean Republic is established at the end of the Second World War. 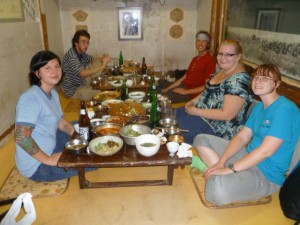 My research examines the historical impact of the Korean comfort women in gender relations in South Korea. I visited countless museums, interviewed dozens of students, attended a rally, went to a support group for comfort women, and read many books. My research addresses the influence of Confucianism and especially its emphasis on chastity. I hypothesize that such ideals led to the suppression of any dialogue about comfort women for many years. Even today, men continue to avoid the topic because it is uncomfortable for them to discuss this. My research on Korean comfort women, as well as my time in Korea, has made me more aware of the differences between Korean and American culture; yet despite these differences, it is clear that we share much in common. 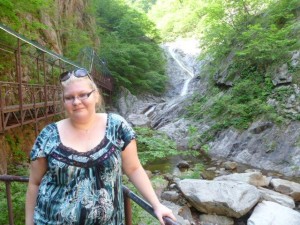 The territorial dispute between South Korea and Japan over the islets of Dokdo (know as Takeshima in Japan) is an issue that has created new historical discourse in Korea as Korea has sought to claim Dokdo as part of Korea’s sovereign territory. The dispute has resulted in strained relations between the two East Asian nations. My research identifies why these seemingly insignificant rocks are important to the Korean people and addresses the historical background of the islands and each nation’s claims to them. It considers the discourse on the islands in Korean museums and in Korean society, as well as efforts being made to include the region as part of Korean history.
Complete list of Summer 2011 projects, faculty mentors, student fellows, & preliminary reports, Freeman Foundation Student-Faculty Fellows Program for Collaborative Research in Asia