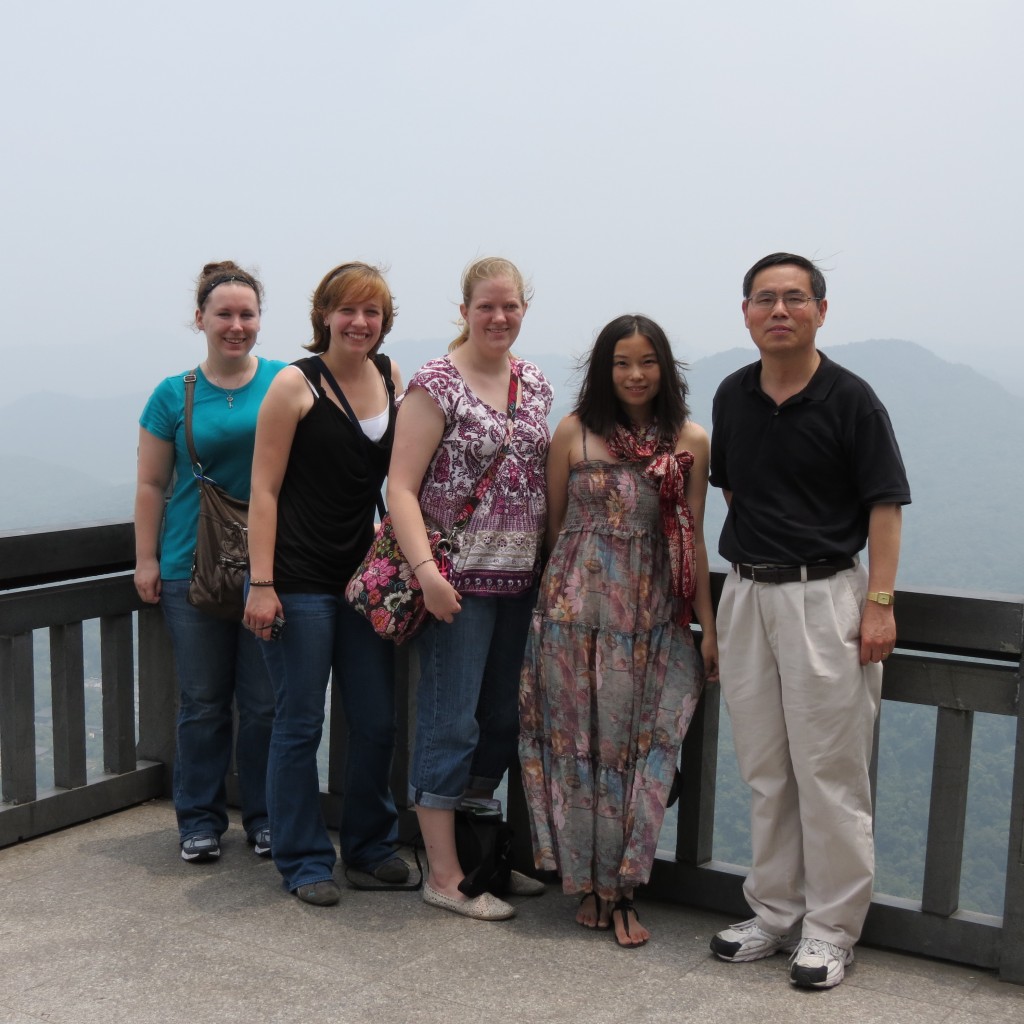 The Loras team of researchers travelled to Hangzhou to conduct research on Buddhism and Protestant Christianity in post-Mao China. Our research focused on Lingyin Temple, one of the most famous Buddhist monasteries in China, and Chongyi Church, which accommodates 5,500 worshippers and claims to be the largest Christian church in China. We also visited other Buddhist temples and another Protestant church in Hangzhou. We discovered that none of the Buddhist temples or Protestant churches in Hangzhou is independent. The Hangzhou Buddhist Association appoints abbots for each temple in the city. We studied the way the Buddhist temples are managed and observed the daily routine of the monks. We found that while the market economy has a strong influence on the way in which Buddhist temples obtain and manage their revenues, monastic discipline is strictly enforced at all temples in Hangzhou, and lay believers still view these temples as sacred places of worship.
In Hangzhou, all registered Protestant churches are identified as churches of the Hangzhou Christian Council which appoints the chief pastor of every Protestant church, ordains pastors, and determines the number of employees at each church as well as salaries of their employees. Our research at Chongyi Church indicates clear connections between the rapid growth of Protestant Christianity in China, the remaking of the Christian identity and change within the churches themselves. Some young members of the Chongyi Church told us that they became Christians not only because they were seeking personal salvation, but also because they were appalled by the decline of public morality in China and were seeking moral guidance in the Christian church. We gained the impression that the Buddhist temples were almost subservient to the government, whereas the Christian churches, including those that have registered with the government, endeavor to be seen as independent.

The focus of my research is upon Buddhism in Hangzhou. We found Buddhists that we met eager to converse with us and willing to express their views about Buddhism. Some are drawn to Buddhism because it provides them inner peace and a source of stability in their lives, while others pray for financial success for themselves and their children. It is clear that Buddhism remains vibrant in China and is far from extinct. This is affirmed by our having met not only elderly Buddhist worshippers but also several devout men and women in their twenties and thirties who are Buddhist, highly educated, and have successful careers in engineering and higher education. Although there are signs that Buddhist temples are being commercialized, monastic discipline is strictly enforced at all temples in Hangzhou. Monks rise at 4:30 A.M. and adhere to customary and rigorous daily schedules. They cannot leave the temple without permission.

While in Hangzhou, the Loras College group of researchers participated in several Christian church services including Sunday service, Friday prayer service, a wedding ceremony, a meeting of an English bible study group, and youth group services. While at these services, we saw clear evidence of the remarkable growth of Protestant Christianity in China. Chongyi Church, which accommodates 5,500 worshipers, offers two services on Sunday and it is completely full each time. The rapid growth in Protestant Church membership has been made possible because China seems more willing to accept this religion. Christians we interviewed said that unlike the past they no longer need to hide their religious beliefs from their colleagues.

My specific duty in our group project is to research the relations between the government and Buddhist temples in Hangzhou. From our interviews with monks at Lingyin Temple, we discovered that the Buddhist Association has enormous power over temples. Each temple is required to contribute 15 percent of its revenue to the Hangzhou Buddhist Association, which allocates this money to obscure or poor temples. The Buddhist Association also appoints abbots for each of Hangzhou’s temples. The best graduates of the Hangzhou Buddhist Academy are assigned to various key temples while the other graduates return to the Buddhist temples from which they have come. The Buddhist Association is clearly the mediator between the Hangzhou government and the temples. Monks in the temples often divide themselves into two groups. One focuses on administrative affairs such as temple management, financial issues, and the hosting of visitors, while the other shies away from mundane affairs and focuses on meditation and the study of Buddhist sutras.